C-CORE has been researching oil spill mapping from satellites for over two decades. Oil on the water’s surface dampens capillary waves and appears dark in synthetic aperture radar (SAR) imagery. Over time the oil weathers and can be more challenging to detect. Another challenge is that other features such as low winds, algal blooms, and natural oils also appear dark in SAR. The most recent work addresses these two challenges by automatically delineating potential oil spills and discriminating them from lookalikes.

This research is still in progress. Currently, the algorithms have been applied to Sentinel-1 VV/VH data and it has been trained against lookalikes on the east coast of Canada. Future work will expand the algorithms to more regions and data types to operationalize the process.

Oil on the water surface dampens capillary waves and appears dark in SAR imagery, but there are other natural features that are also dark in the data. Effective oil spill monitoring requires the ability to separate true spills from look-alikes © European Space Agency – ESA 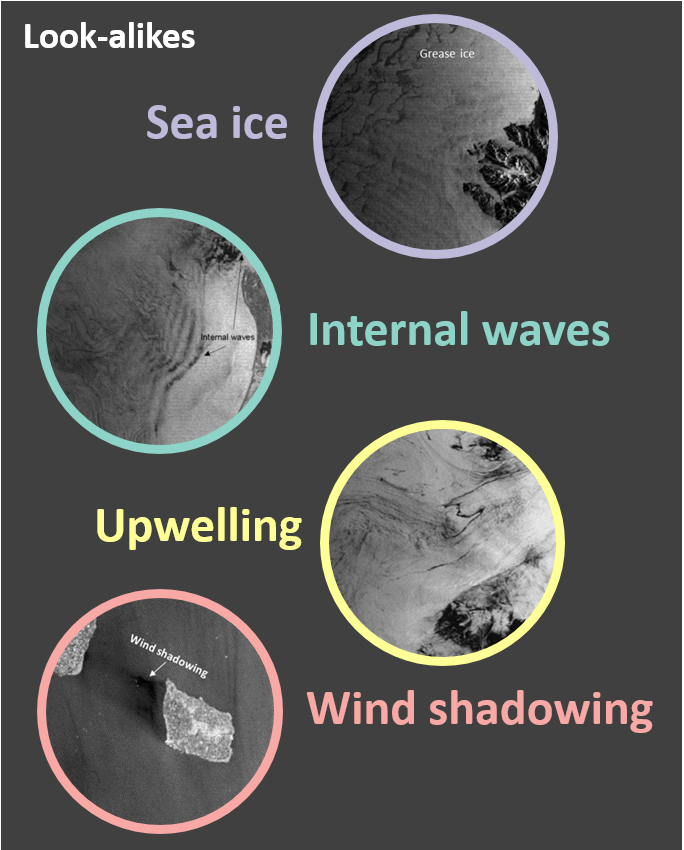