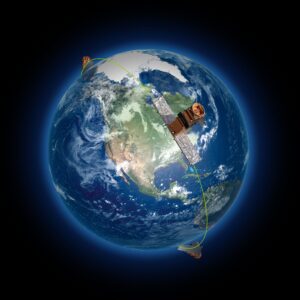 For some 45 years, C-CORE has been at the forefront of understanding, quantifying and mitigating ice risk.  Satellite-based remote sensing has been a large part of that effort: as a founding member of Polar View, the world’s leading organization for satellite-based monitoring of the cryosphere, C‑CORE advanced the use of Synthetic Aperture Radar (SAR) imagery for iceberg surveillance. And since 2016, C-CORE has been helping the International Ice Patrol (IIP) to integrate satellite surveillance, satellite imagery and image analysis into their operational processes and data streams.

The IIP was formed in 1913 after an iceberg impact caused the Titanic to sink just south of Cape Race, Newfoundland the previous year. Its mission is to monitor icebergs in the North Atlantic and provide ice/iceberg charts identifying potential threats to shipping and other marine operations. The IIP actively patrols the Grand Banks during the iceberg season, which can start as early as March and extend into July; during the rest of the year, when icebergs are further north, this responsibility is undertaken by the Canadian Ice Service. Until recently, the IIP’s primary ice reconnaissance tool was long-range surveillance aircraft, supplemented by sightings from ships operating in or passing through the North Atlantic – an environment well-known for fog, storms and (in the high north) the long arctic night.  SAR satellites can “see” through darkness, cloud, fog and most weathers, taking data snapshots over very large areas (up to 250 X 250 kms) – making them an efficient and cost-effective source of ice information. 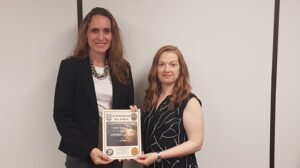 IIP Commander Gabrielle McGrath presents C-CORE’s Kelley Dodge with a certificate of thanks for our collaboration with them throughout the 2017 ice season.

In late 2016, IIP acquired a licence for C‑CORE’s Iceberg Detection Software (IDS), which analyzes satellite radar data to automatically detect and classify icebergs and vessels. In advance of the 2017 iceberg season, C-CORE sent a technical advisor to IIP headquarters in Connecticut to train their staff in how to use the software and interpret the results obtained from the imagery. IIP now has a dedicated Satellite Dayworker (SDW) who analyzes imagery from a variety of SAR satellites, using a process developed by IIP using the IDS licensed from C‑CORE. 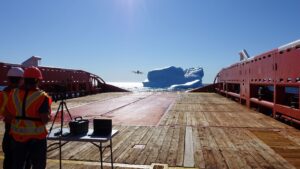 In 2019 C-CORE worked with the IIP to tag and track icebergs using satellite technology. C-CORE built and operated several custom quadcopter drones which attached GPS-tracker beacons onto the icebergs. The data collected from those trackers provided accurate location data of the icebergs through both open water and sea ice.

A documentary featuring the work done by C-CORE and IIP, separately and in cooperation, airs on the Discovery Science Channel on Tuesday, 25 August 2020 at 9:00 pm Eastern Time (10:30 pm in NL).